School is meant to equip kids with the skills needed to lead productive and healthy lives, but a common cry from young adults today is that they never learnt basic skills such as how to file taxes, how retirement savings work, and how to budget realistically. Enter Banqer, an online financial literacy platform that’s been in New Zealand schools since 2015, designed to teach Kiwi kids just that.

“Thanks to Awhi, we walk into meetings with Ministers and Members of Parliament feeling prepared and informed and we walk out of them feeling accomplished.”

Co-Founder and Chief Executive, Kendall Flutey (Ngāi Tahu), believes financial education should be offered in a hands-on environment, so students can engage with financial concepts in a safe and fun way. Banqer’s inherent social focus means that working with the Government, rather than just alongside, was a natural fit for what they were trying to achieve.

“We did get involved when they put out opportunities, but there wasn’t much strategy to it and we didn’t have a bespoke relationship with anyone.” So engaging government relations assistance was a no-brainer for Kendall.

The first step was to reach out to Awhi and begin learning the basics of government relations with Holly.

“Even during our first hui, we started to see the broader picture, and recognise that we could have a far greater impact working in tandem with Government.

“Government relations has been beneficial to our organisation in the sense that it has helped us to better understand who has influence in our space and know how to best engage with them.

The tangible outcomes started to come quite quickly, with Banqer beginning to meet people they wanted to meet.

“Thanks to Awhi, we walk into meetings with Ministers and Members of Parliament feeling prepared and informed and we walk out of them feeling accomplished. We know how to ask the right questions, and best land what we are seeking: the outputs are pretty awesome.”

“The neat thing about Awhi is that they’re flexible and have packages and services to suit a variety of businesses, especially those that are smaller. Holly’s made something that was really intimidating into something that’s really accessible and exciting.” 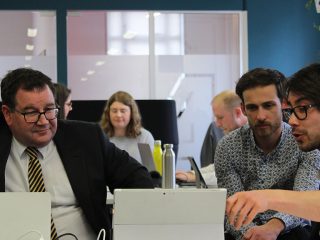 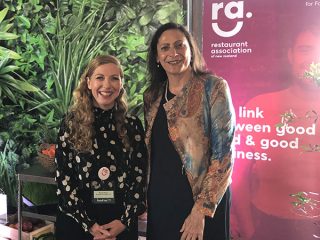