Ultrafast Fibre is leading the fibre revolution across the central North Island, focused on bridging the digital divide to create connected, thriving, and growing communities. Their General Counsel, Hiramai Rogers (Te Arawa), has found the Awhi team’s knack for relationship-building fits perfectly with their goals.

“Holly’s relationships with people across Parliament are second to none. Wherever she goes, she is well received.”

At the time Ultrafast Fibre reached out for assistance, they had begun wrapping up part of their UFB build and Hiramai was reviewing their legislative instruments.

“We were interested in widening our engagement with stakeholders to get our name out there. We had been told to go and talk to Wellington, but weren’t exactly sure who to talk to and how to go about it.”

With support from Awhi, Ultrafast Fibre was able to map out an engagement plan that pin-pointed both priority areas of engagement, and spaces for future opportunity.

“It was helpful to have a strategy around developing relationships that looks beyond the Executive branch of Government and into the Legislature as well as bureaucracy. It means that when decisions are made, all of Wellington has a clear understanding of who we are and what our position is.

Hiramai also says having the help of Awhi, has given their team the confidence of knowing what to say (and what not to!) when meeting with political leaders, due to the heightened awareness of process and insight, which someone looking from the outside in wouldn’t have.

“Holly’s biggest strength is that she does things the way you want them done. She’s earned our trust and we never have cause to doubt what Holly tells us. Her relationships with people across Parliament are second to none.

“Wherever she goes, she is well-received and she brings a human element to government relations. It lets you step out of the politician-client dynamic and into a more personable space.” 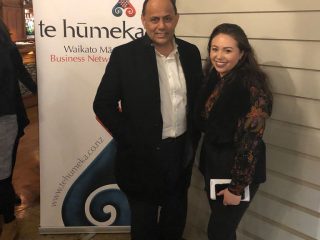