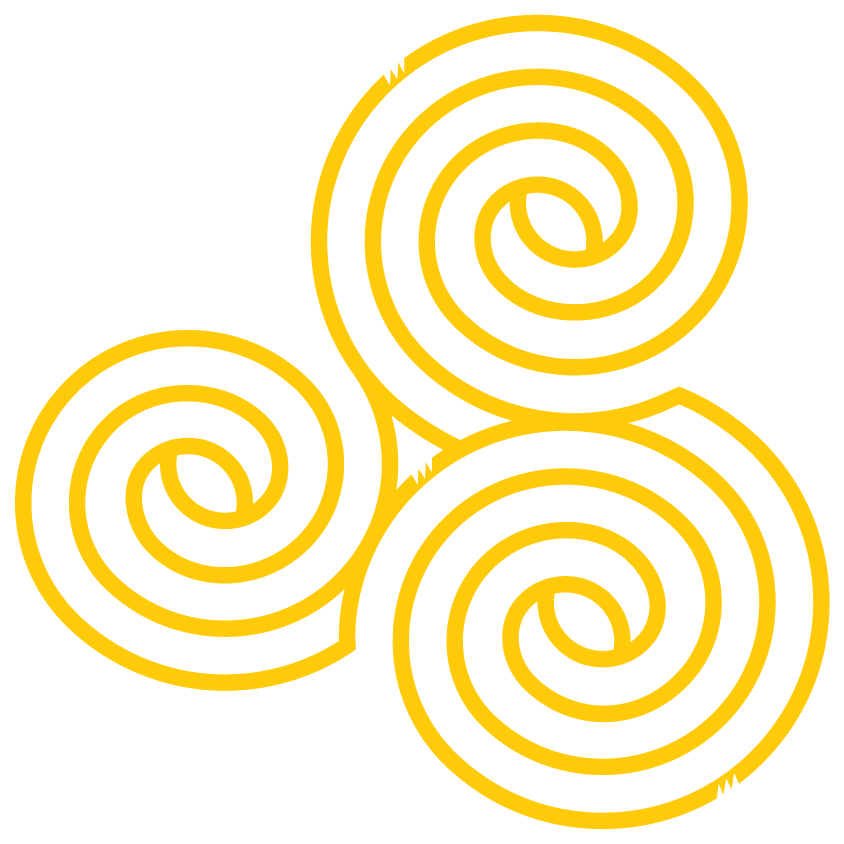 We are a youthful, experienced government relations and communications firm that matches organisations with all levels of New Zealand’s political ecosystem.

We are a non-partisan firm that works to:

speed up the engagement process

If you are looking for a firm that is well connected in the front and back office, will advocate publicly and privately, and is accessible to all levels and types of businesses, let’s talk.

Take a look at our case studies

Holly is a zealous advocate of transparent, accessible government and has a keen interest in the effectiveness of New Zealand’s regulatory systems.

Graduating with a law degree from the University of Auckland Holly’s legal career started with the Ministry of Justice, where she worked at the coal face in New Zealand’s busiest court, before moving to Wellington to work in policy. Holly was admitted to the bar in 2013 and holds a current practising certificate.

More recently Holly worked on the other side of the industry in which she now operates: as a Ministerial Advisor and In-House Legal Counsel in the Beehive.

An avid networker and proud millennial, Holly continues to look for ways to innovate government relations in Aotearoa, ensuring the expert industry is something everyone can access. 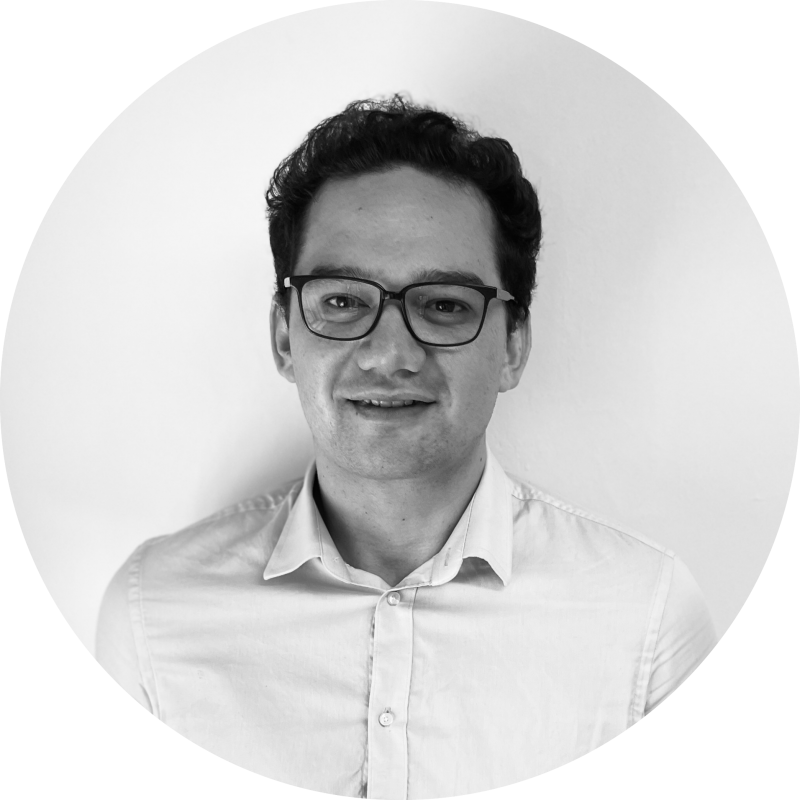 Born and raised in Tāmaki Makaurau, Jesse moved to Brisbane in 2011 to complete a Bachelor of Arts and Journalism at the University of Queensland. While studying, Jesse began his career in the Australian Parliament working across both communications and advisory roles. After graduating in 2015, Jesse decided to move home to Aotearoa to continue this mahi.

After seven years working across both the Australian and New Zealand Parliaments, Jesse turned his hand to strategic communications in the NGO sector. He has a keen interest in ensuring the promotion of effective, equitable and sustainable policy change at both local and national levels. 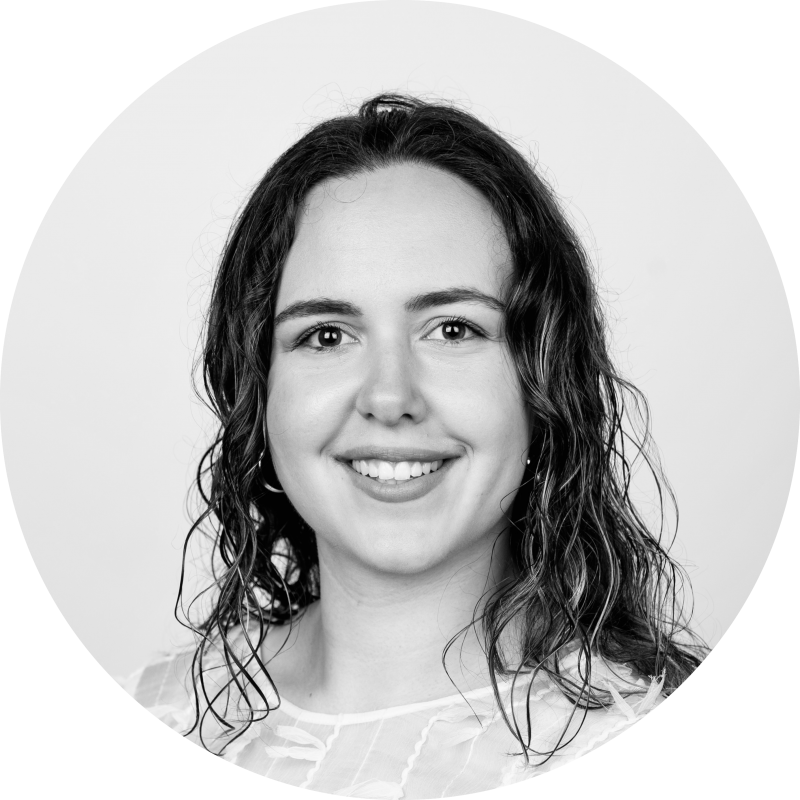 Heloisa is a Law and Arts graduate from the University of Auckland. She majored in law, politics and geography, which sparked her interest in public policy and government relations.

While at University, Heloisa was heavily involved in community outreach and advocacy projects through her role as Co-President of the University of Auckland Women in Law Society. As the first person in her family to attend University, Heloisa has a special interest in mentoring young people who wish to pursue careers in law or politics. Her work in the community saw her win the Auckland Women Lawyers Association Margret Wilson Award for service to the profession. 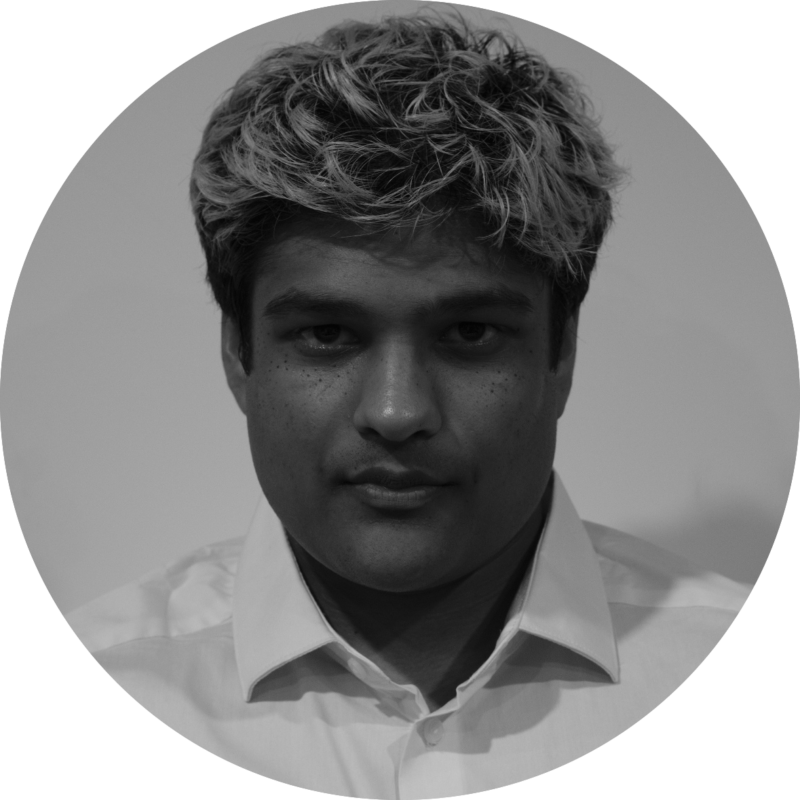 Nayan was born and raised on the west coast of Tāmaki Makaurau. He completed his Bachelors of Communications in 2021 with a focus on Marketing and Film and Television at the Auckland University of Technology.

Nayan worked as a Community Manager for a sustainable apparel brand, where he was responsible for managing marketing campaigns, event activations and liaising with local businesses and influencers. Through this role Nayan gained an interest in political affairs and wanted to play a bigger role in how the government was represented toward a younger generation.

Nayan is a people focused individual who uses his creative eye to support local communities and individuals through an artistic lens. With his creative mind and knack for public relations, he is well versed in establishing lasting and meaningful relationships and communities, of all scales.

Born and raised in Rotorua and Te Arawa proud, Te Horowai has been well ensconced in politics from a young age, chosen to represent his local electorate as Youth MP for Rotorua in 2022. Currently studying a Bachelor of Commerce and Bachelor of Arts at the University of Auckland, majoring in economics, politics and international relations, he is also Treasurer for the Māori Commerce Student’s Association.

Te Horowai has also held a range of student leadership roles, including Head Boy of his school and Chairperson of the Student Council. He is involved in a broad range of community projects and is enthusiastic about improving the wellbeing of everyone in Aotearoa. 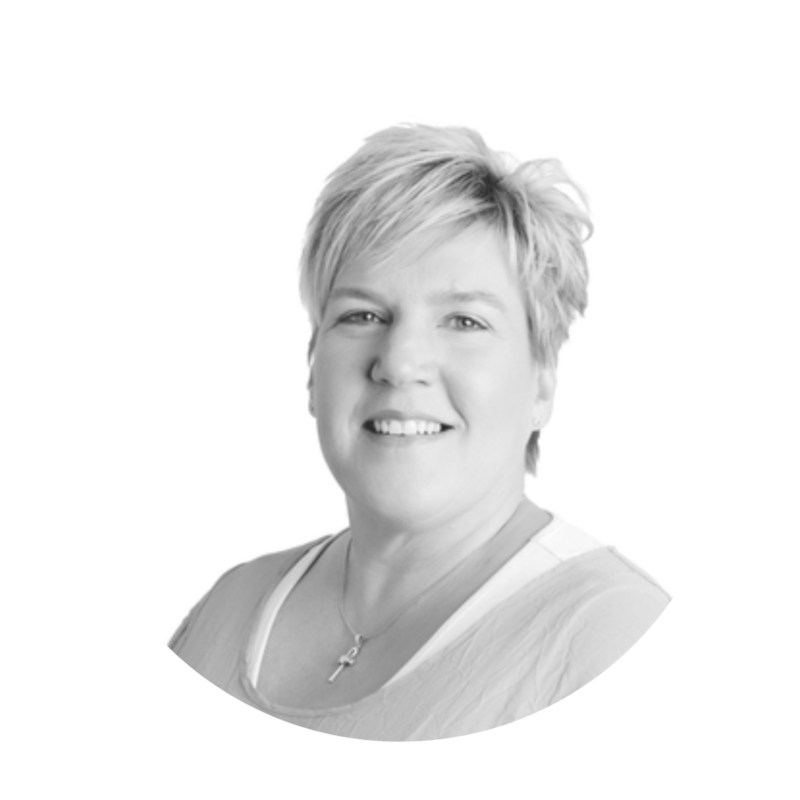 Lauren brings over 20 years experience as a seasoned executive support specialist, and advisor across a range of diversified sectors and industries.

She is accomplished in expertly juggling a multitude of complex work assignments to meet competing demands and is a skilled communicator, and comfortable manoeuvring through complex situations effectively.

Widely trusted and experienced at working in a fast paced environment that requires high level of discretion, sensitivity and interpersonal interactions, Lauren is intellectually sharp, agile, and quiet influencer. 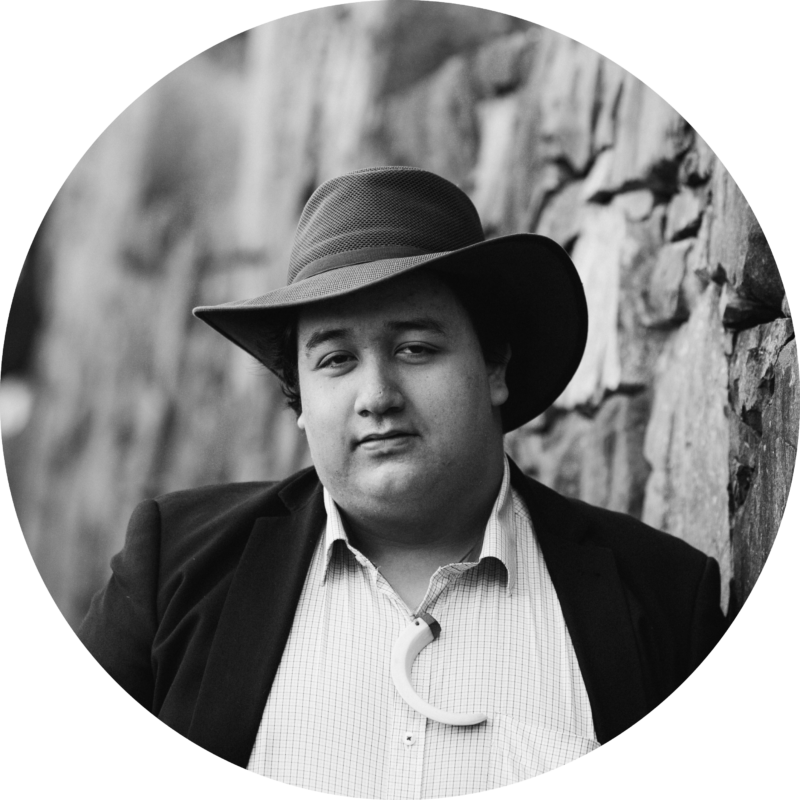 A staunch Nāti, Hunaara brings his experience and expertise of Te Reo Māori and Tikanga Māori derived from his strict upbringing by his elders in rural and remote Tikitiki, located in the heart of Ngāti Porou country two hours north of Gisborne. He currently runs his own translation and consulting business, Paronga Limited, a valued partner provider to the Awhi whānau.

Hunaara currently serves as Co-Project Lead of the Te Weu Carbon Farming Research Project, a project aimed at researching the effects of carbon farming on the local communities in the East Coast. He is also a member of the Institute of Directors New Zealand and is a Director of Hikurangi Enterprises Limited, a social enterprise focused on creating sustainable economic opportunities for whānau in Te Tairāwhiti. Hunaara has served on the Waiapu Restoration Project, a project funded by the Provincial Growth Fund to restore the Waiapu catchment. He is currently studying the Bachelor of Commerce majoring in Finance and Economics at Victoria University of Wellington. 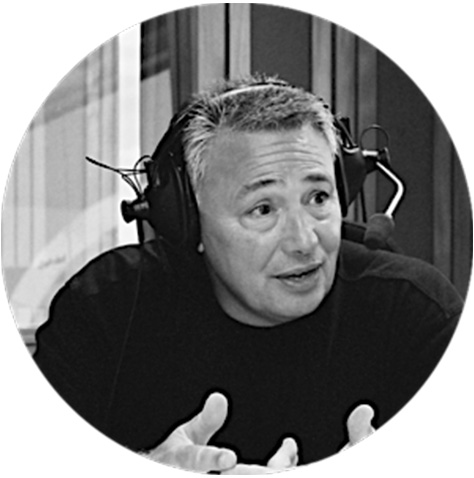 Mark is a 40 year veteran of New Zealand’s broadcasting industry, sharing his expertise as a specialist advisor to those who require support in public relations and communications.

When Mark joined New Zealand Broadcasting in the late 1960s, he was their youngest announcer at just 18 years of age. Career highlights include working as a news anchor with TVNZ, hosting long running entertainment shows such as I Like That One Two, and assisting in the establishment of Aotearoa Radio: a strong, commercially viable mouthpiece for Māoritanga.

A serial entrepreneur, Mark has built many businesses from scratch, including establishing the first-ever sales division for a Māori radio station in New Zealand through his company The Sales Machine.

Awhi binds (tātai) different talents (pūmanawa) together for the wellbeing of everyone involved (ora). By acting as the central force that joins these people together, Awhi brings social and economic good to all who choose to engage.

Learn About Our Name 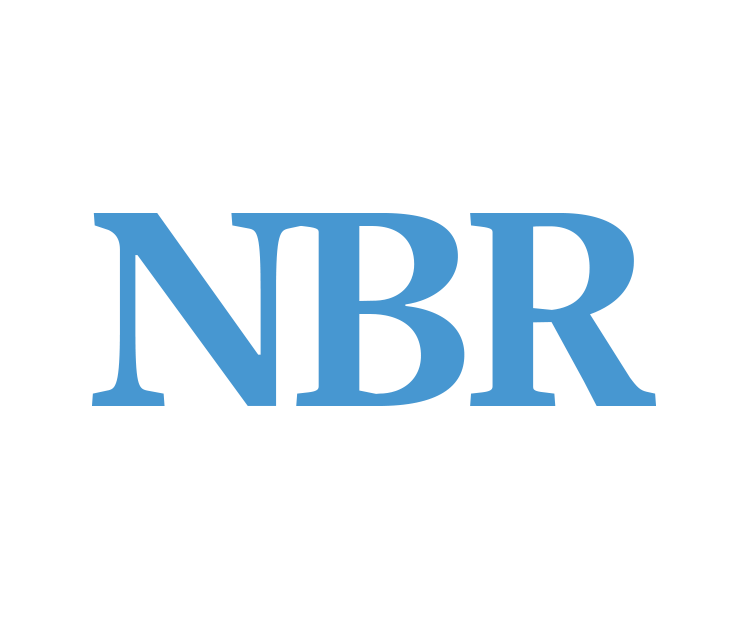 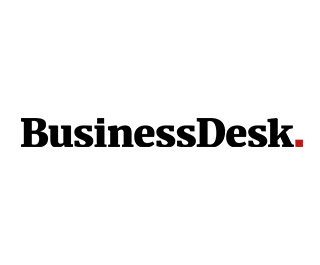 Convinced we are the government relations firm for you?
If you would like to join us, kōrero mai.